Assessing the Impact: Trends and Transactions Where Mission Meets Margin 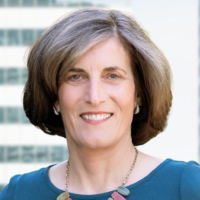 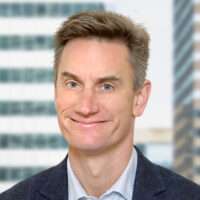 Tyton Partners has been deeply involved in the global education and training ecosystems for many years, frequently operating at the intersection of mission-driven private capital and philanthropy. While education has not been as top-of-mind for impact investors, family offices and foundations as other sectors, it is now becoming increasingly prominent. The pandemic and the movement to dismantle systemic racism have spurred an urgent and renewed focus on the role of philanthropy and impact investing, both to fill gaps left by near term funding deficits and — in some cases — completely to reimagine both education and employment in a post-COVID world through a more equitable lens.

In an ongoing series of newsletters, we intend to report on the changes we see across the education-to-employment impact investing and grantmaking ecosystem. We will dive into the big challenges impact investors are tackling, and explore the nuances between what they say they will do and where they actually put their dollars. In addition, we will keep track of other notable transactions across different impact investing classes and highlight important grantmaking and philanthropic efforts around education and the future of work.

Want to start the conversation and learn more about our work? Contact us to schedule a time in the coming weeks.

SOCAP Radical Collaboration Webinar: Sept. 10th, 11:30 am EST
“How Impact Investing Can Help Get People Back to Work”  Register here.

COVID-19 Response Funds – how long will this last?

Unsurprisingly, some of the biggest news in the philanthropic world over the past six months was sparked by COVID-19. Large foundations were the first to step up with significant grantmaking to fund basic necessities for needy populations most hurt by the pandemic. While strictly speaking not impact investing, it is important to note that this immediate response most likely diverted attention from longer term initiatives and absorbed some impact investing capacity as foundations grappled with how to support grantees / program-related investments weathering the COVID storm. We anticipate that education and employment initiatives will rise higher up the agenda as learners return to school for the Fall and the economic effects of the pandemic hit employment numbers as furlough and other support schemes lapse across the developed world.

From an education-focused perspective, Imaginable Futures – a venture of the Omidyar group – and Lumina Foundation continued its launch of the RISE PRIZE. Focused on innovative solutions dedicated to supporting students who are parents while they pursue a postsecondary degree, the RISE PRIZE increased their initial $1M in grants to $1.55M in response to COVID-19. The 15 winners – including six higher education institutions – were announced in July and will use the funds to solidify and validate programs and attract additional funding and partners.

After the shock of the pandemic, the murder of George Floyd sent further seismic shocks around the world, soliciting a massive outpouring of collective grief and anger, as well as collective action. In July 2020, Mackenzie Scott announced that she donated $1.7 billion as a part of the Giving Pledge, an initiative encouraging the world’s wealthiest people to redistribute their wealth. Among the 116 organizations that Ms. Scott gave to were six historically black colleges and universities (HBCUs) that received more than $120 million combined as outright donations. For many of these institutions, it was the largest single gift that they had ever received. The funds will help HBCUs provide more scholarships and make curricular and infrastructure improvements in order to boost enrollment and student outcomes. Other non-profit organizations that were beneficiaries are on the front lines of tackling societal inequities. Most importantly, a majority of these organizations are run by the individuals who are representative of the marginalized groups they are seeking to serve.

The IFC announced in May that it was halting its investment in for-profit, fee-charging private K-12 institutions, citing a study that showed that over a ten year period the investments yielded little return and actually harmed communities in which the institutions were located. Some external stakeholders had been driving home this point for years with the IFC, saying private actors were not promoting quality and access. It remains to be seen whether this action has a ripple effect throughout the impact community considering IFC’s considerable heft and influence: the controversy over where return-seeking private capital should play a role in the public provision of education is not going to go away any time soon.

Impact investing in education – has its time come?

Over the past decade, education has increasingly become a focus of impact investors. The GIIN reports that of the $221B assets under management for impact investors in 2020, approximately $5.8B (~2.5%) was directed toward education around the globe (note: if you follow the link, you need to explore in Key Finding 1). Despite this relatively low level of AUM flowing to education, 40% of impact investors allocate funds to the sector. Traditionally the purview of governments, the private sector has weighed into the education space to solve its most pressing problems, but impact funds, family offices, and foundations are increasingly becoming more significant players, with a range of strategic impact objectives and  financial return expectations.

While COVID-19 certainly put a damper on the impact investing market, some notable transactions did occur in the first part of the year. We are looking for activity to pick up in the second half of this year as funds and investors grapple with the challenges presented by COVID-19 and are thinking about the future of work and transformative changes in education. Selected transactions included: