Beyond the Noise: Is Higher Ed Countercyclical or Not? 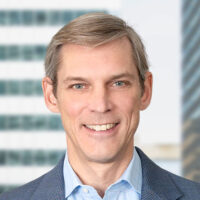 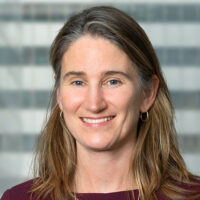 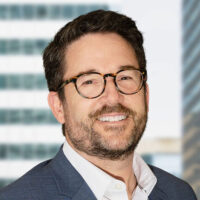 In September we announced the addition of two highly respected higher education executives, Greg Finkelstein and Michael Goldstein, to the Tyton Partners team in conjunction with the launch of a new initiative aimed at providing a greater range of services to colleges and universities. The Center for Higher Education Transformation is an initiative of the entire firm to bring our combined expertise to the unique needs of non-profit higher education institutions. In addition to Greg and Mike, two additional senior team members with considerable postsecondary experience, Adriano Allegrini (consulting) and Dan Clary (investment banking) have also recently joined our team.

This month, we have embarked on the first round of conversations with leaders in higher education from institutions of all types about the Center.  We’re doing a lot of listening and soliciting feedback around our three service offerings: revenue growth and diversification, mergers, affiliations & transformative partnerships and creative capital access.  We would like to hear from you too.

Is Higher Ed Countercyclical or Not?

The higher education community has been rocked in recent weeks by the fall enrollment data released by the National Student Clearinghouse. In many respects, the data is discouraging. Students of color and first-time students reported the greatest enrollment declines. The racial and economic implications of these declines will ripple through the degree completion pipeline for years. Meanwhile, the counter-cyclical enrollment gains exhibited in past recessions have yet to truly manifest, with the community college sector particularly hard hit.

The meaningful enrollment declines among public two-year institutions was particularly surprising given prior recession era gains.  In the three-year period surrounding the Great Recession, community college enrollment grew at more than twice the rate of undergrad enrollment at four-year institutions. Their economic crisis is different for many reasons and we believe the community college sector may be suffering from some combination of three separate factors, each of which has implications for the entire post-secondary landscape.

First, an enrollment bump is likely to lag the economic decline, in particular for the student populations community colleges serve who are being disproportionally impacted by the economic and health impacts of the pandemic: students of color, poverty-affected, first-generation, and adult students with childcare responsibilities. It’s possible that we will see enrollment increases in 2021 as the literal economic pause of the pandemic gives way to a more enduring weak economy and job market and individuals resume making large life decisions, like enrolling in school, that may have been put on hold in 2020.  The relative strength of the public graduate market is perhaps an early signal of this dynamic.

Second, community colleges are suffering from their comparatively less mature fully online offerings. With their location advantage rendered moot by widespread campus closures, their offerings, in spite of a distinct price advantage, suffer in comparison with more elaborate and better-scaled options from for-profit alternatives. They suffer as well from not being experienced or well-scaled online marketers. Notably, a recent

Third, the countercyclical bump observed during the Great Recession was really a response to increased availability and lower eligibility standards for federal financial aid.  As yet, there has not been any meaningful new state or federal subsidy for tuition payments. The CARES Act provided short-term support for currently enrolled students only.

In addition to these factors weighing on basic demand are a host of other challenges to traditional methods of student recruitment. The relative strength demonstrated by for-profit providers in fall enrollment is due in no small part to their alternative methods of recruiting students. For more traditional ground-based institutions, the standard methods by which they connect with and find fit with prospective students have come under fire. Many schools, including the University of California, have eliminated the use of standardized tests altogether because of their perceived role in aggravating systemic inequities; and the pandemic has made them at least temporarily optional at many other schools. This means less information for schools to use in identifying and targeting prospective students.

Suffice it to say that the marketing infrastructure for the $670 billion post-secondary education industry in the United States has been significantly disrupted, creating ample room for creative solutions and innovation. Leading higher ed services businesses in the sector have taken notice and are exploring the new solutions, for example:

Schools need new ways to identify and engage promising candidates for their institutions while broadening their reach into historically underserved groups. On the flip side, prospective students and families need new ways to find schools that match their needs and budgets. Into this breach has moved a new generation of companies trying to solve this complex equation and we expect that the market will continue to be very dynamic as the field navigates the pandemic and economic crisis.