Labor Shortage – The Tipping Point for Skills Over Credentials? 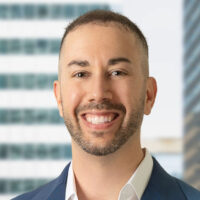 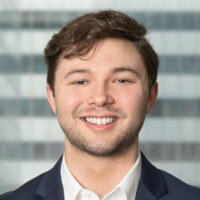 Like the acceptance of online learning in post-secondary and K-12, the pandemic may also be a tipping point for employers hiring based on the candidate demonstrating the actual skills needed for a role, rather than broader credentials such as college degrees.

The U.S. labor force participation has declined by millions since the beginning of the coronavirus pandemic, hitting an all-time low of 60% in 2020. Many economists say it will never return to pre-pandemic levels.

Prior to the pandemic, the ongoing demographic shift – driven in part by the aging baby boomer generation and declining birth rates – had put downward pressure on the size of the labor force. Paradoxically, coming out of 2008 and extending throughout the next decade, degree requirements increased. The percentage of jobs requiring a bachelor’s degree or higher rose by more than 10% before receding to levels still higher than before 2008.

The pandemic dramatically increased the downward pressure on the labor force with millions suddenly out of their jobs during a span of months in early to mid-2020. It also ushered in an accelerated transition to a new era of work and entrepreneurship, led to around 2.4M early retirements, and kept over 1M foreign workers out of the U.S. due to travel restrictions. Many workers exited the labor force never to return, some have still yet to return, and those looking to do so are acutely aware of the different skill sets they will need in the future, as well as the leverage they have in the market presently.

The scarcity of workers has led many employers to streamline hiring processes and requirements, with companies like UPS and CVS refocusing their processes to prioritize needed skills over credentialing. Roughly 6.5M of 10.9M current job openings do not require a college degree and the share of jobs requiring bachelor’s degrees and above decreased in the year following the pandemic while those requiring less credentials proportionally jumped. The Burning Glass Institute projects 1.4M jobs could open to candidates without college degrees in the next five years.

The impact of this continued shift towards more skills-based hiring has implications across the education and employment ecosystem.

Founder’s Five is a continuing series from Tyton Partners that invites education company founders to shed light on their own success and illuminate the landscape for other education entrepreneurs and investors by answering five basic questions. Rachel founded Guild in 2015 based on a belief that there had to be a better way to connect […]

Upskilling and Reskilling in an Uncertain Labor Market: A Strategic Response

Economic uncertainty has led some experts to warn that the hot job market may soon cool. However, the jury is still out as several bearish indicators (from the perspective of employees, who are at a job marketplace disadvantage should there be a recession and the labor market cools) are counterbalanced by those that are more […]