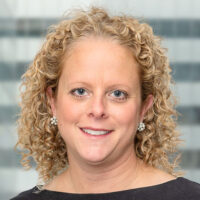 With extensive experience in the media, education, and non-profit sectors, Chris Liedel has spent the past 25 years driving growth and social impact initiatives for organizations including National Geographic, The Smithsonian, and the Olympic and Paralympic movements. Today, Tyton Partners announces that current firm Vice Chairman Liedel will expand his role at Tyton Partners to include responsibilities as a Managing Director in its investment banking practice.

Liedel originally joined the investment banking team at Tyton Partners in 2019 as Senior Advisor and Vice Chairman, while also serving as the CEO of the US Olympic & Paralympic Museum in Colorado Springs.

“The Tyton Partners team is world-class, and it’s a privilege to be part of such a dynamic group,” said Liedel. “The work the firm does is vital for delivering meaningful impact in today’s education and digital media markets. The team is at the epicenter of understanding the needs of learners around the globe and is activating new business structures and partnerships aligned with meeting these increasing needs.”

“Chris brings an incredible depth of knowledge and experience to the team through the numerous acquisitions and strategic partnerships he has led in the K-12, Higher Education, and life-long learner markets, with a particular focus on new business models and emerging technologies. It’s an honor to have him take on a larger role at the firm,” said Chris Curran, Founder and Managing Partner at Tyton Partners.

Liedel served for nearly six years as president of Smithsonian Enterprises, the revenue-producing arm of the Smithsonian Institution. He had oversight of the key commercial activities of the Smithsonian, including Smithsonian Media, retail, e-commerce, educational and consumer-branded products, and food services. During his tenure, the organization saw significant growth in revenue and earnings performance.

Liedel’s board affiliations have included the Nobel Prize Education Fund, the National Philanthropic Trust (chair 2005-2008), EdWeek Magazine, and the Amazon Center for Environmental Education and Research Foundation. He currently serves on the board of the PGA of America and previously served on the executive committee of the United States Golf Association, where he was chair of the museum committee.

Tyton Partners Posts Record First-Half of 2022 Deal Closings We are pleased to announce that Tyton Partners Investment Banking division has completed another record number of deals in the first half of 2022 with a total of 12 transactions. Tyton has unlocked significant value for our sellside clients, consistently achieving top quartile outcomes for private, […]